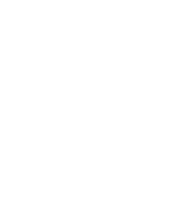 JRI Hospitality and the Salina Country Club are happy to announce that we will be hosting the Senior LPGA Championship on July 18-24, 2022. If that wasn’t exciting enough, the championship will also feature Annika Sörenstam, a 10-time LPGA major champion and arguably one of the greatest female golfers in the sport’s history. This will mark the first LPGA Tour-family event for Sörenstam in the state of Kansas since her runner-up finish in the 2002 U.S. Women’s Open. Read our article below to learn more about this event and what this means for the Salina Country Club.

The Salina Country Club Will Be Hosting The Senior LPGA Championship

As part of the LPGA, the Legends of the LPGA is the official senior tour of the LPGA providing competitive opportunities for female golf professionals and eligible amateurs, aged 45 and over. The tour was founded in 2000 by 25 veteran LPGA Tour professionals to continue to showcase the talents of some of the greatest female golfers of all time. Since its inception, the Senior Championship has raised nearly $24 million for charity.

This year’s Senior LPGA Championship game will be held at the Salina Country Club on July 18-24, 2022. The event will be playing for the Love, Chloe Foundation, a local nonprofit that works to provide hope for families facing a childhood cancer diagnosis.

This is a major chapter for the club as it introduces the Salina Country Club to a national audience. The LPGA Tour will help put a spotlight on what makes our community exceptional to live in as well as highlight the future plans our club has planned under JRI Hospitality’s ownership.

We Are Excited to Host Golf Legends: Annika Sörenstam and Juli Inkster

In addition to the national coverage, we are extremely excited to be hosting several LPGA legends, such as Annika Sörenstam and Juli Inkster.

With these two giants converging on our course for a reunion 20 years in the making, how can we not be excited?

JRI Hospitality was founded in 2011 with the mission to bring people together with one-of-a-kind experiences. We’re driven by the communities we serve and look for ways to enrich their lives with friendly hospitality and unique products. We own and operate over 80 restaurants in 15 states, including Freddy’s Frozen Custard & Steakburgers, Mokas Cafe, The Original Grande, and Chompie’s Restaurants. Additionally, we own and manage The Salina Country Club, a Salina, Kansas landmark where people come to unwind and enjoy their hobbies.

Contact us today to learn how you can get involved with our organization and our line of brands.